You are here: Home / Village row over disused school 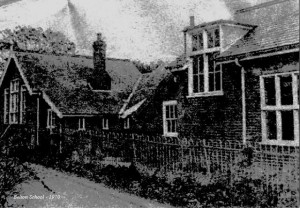 Faced with the crisis over plans to convert a disused village school into a badly needed community centre, Belton & district community council this week turned for support to the internationally famous film star, Sir John Mills, who spent part of his childhood in the village’s Old school house.

Sir John’s whose father was Belton’s headmaster in the early 1900’s was asked to join in a last – ditched campaign to block an imminent property deal under which the old school; and his adjoining former home would be sold to a private developer, reported to have offered several thousand pounds more than the Seven thousand pound the council offered.

Urgent save our school appeals have also gone to three Government Ministers – the local MP Mr Jim Prior (Minister for Agriculture) Mrs Margaret Thatcher (Minister for Education & Science) and Mr Eldon Griffiths (Minister for the Environment).

The community Council is trying to muster as much top level backing as possible to prevent what it feels would be a tremendous setback to the village. The clearance, to make way for new houses of premises that could so easily be converted into a meeting place for a host of community activities.

Ironically the property is being sold by the Rector of Belton the Reverend Leslie Ward and his church wardens acting as trustees, who while acknowledging the village’s needs of a community centre, say they are strictly bound under charity legislation to obtain the best possible price. The Council’s view is that what benefactors established in the 19th Century to educate local children should continue to serve the village in an allied function as an all – embracing community centre, particularly since Belton is a fast expanding dormitory of Great Yarmouth, scheduled to reach a population of 3400. The Council is asking that it is given access to the schools original charity deeds and documents to see if whether it has a legal right to claim a preferential option on the property on behalf of the community.

One thing puzzling the Community Council is the role of the Department of Education and Science, it is they who gave the “sell to the highest bidder” ruling to the Rector and yet it is to the department that the Council will look for a substantial subsidy if it ever succeeds in establishing a community centre. Officials point out that taking over the old school would be cheaper for all concerned , themselves and the village generally the Department and also East Suffolk County Council to whom application for a supporting grant would also be made. One estimate of the cost of a purpose built community centre would be £30,000.

A spokesman for the Department of Education and Science said on Wednesday that so far as the community Council was concerned that “all is not lost”.

The trustees had to obtain the consent of the Department before concluding a sale and in making the department would take all factors into consideration including the representations of the Community Council; certainly if the proposed sale did not accord with the charity act it would not be approved.

Mr Vernon Sheldon chairman of the Community Council which was formed in May said, “We are a mushrooming village and need this property desperately to develop as a community centre. It is in an ideal position near the church and shops and is twice the size of our makeshift premises , it’s been disused for about Four years since the new school was built, but we are prepared to put it into good repair, installing toilets and other improvements. Why does a building that satisfy the needs of Belton have to be sold for private development when it originally came to the village for educational purpose.

download here
Previous Entry: So you think we live in hard times ?
Next Entry: A history of Belton Church