You are here: Home / Starting life on the right line

Starting life on the right line 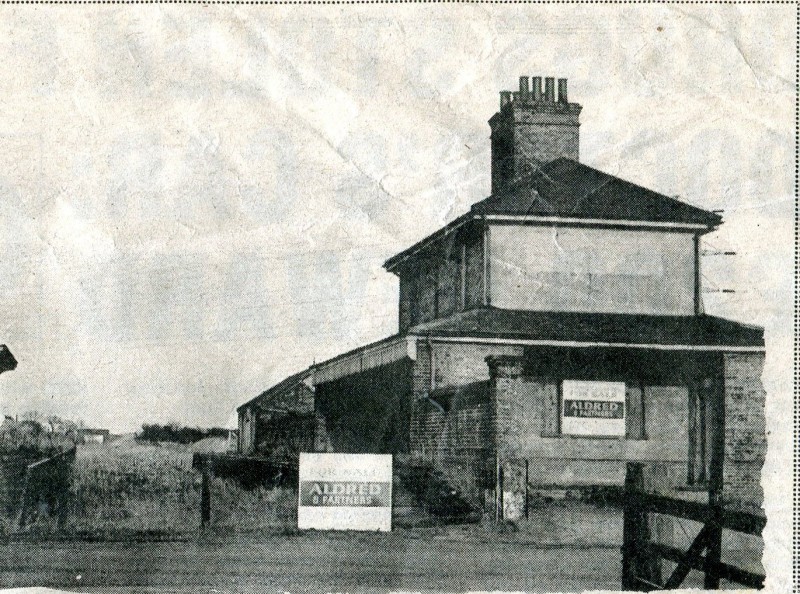 Baby born on the right side of the track

Additional article to “A sweep as lucky could be”

In the autumn – winter of 1889 one of the most bizarre births ever recorded took place at Belton. The tragic and Reginald Hubert Burrage.

Certainly the unusual arrival into the world of baby Burrage was a major talking point, not only in the villages whose residents featured in the inquiries about him, but also among the gossiping townsfolk of Great Yarmouth and Gorleston.

For the baby was born as his mother was dying alone in the darkness and lying beside a railway track, from injuries sustained when she was struck by a train – a successful suicide attempt.

“Shocking occurrence on the Great Eastern Railway,” said the tiny, sober, non – screaming headline above the report of the death and inquest in a Great Yarmouth newspaper. Today of course, with a story with those ingredients would be displayed much more boldly because the style and presentation of news papers in the 1990’s has changed, now in the 21st Century of course there is the internet and social media.

The tragedy of Miss Rose Selina Burrage aged 22 happened in November 1889. once rose had been a domestic servant, but for the four years since her mother’s death Rose had been living at home in Burgh Castle acting as housekeeper for her father Horatio, a market gardener’s labourer. at the inquest he said that he did not know that his daughter was pregnant there had been no family unpleasantness and, although she had seemed dejected for a few days, there had been nothing in her manner generally

When Rose failed to return home on the Friday night, the family searched in vain but gave up, presuming that Rose had gone to Great Yarmouth. As Rose left the house she said she was going to Mr Thrower’s to fetch a newspaper, but that was the last the family saw of her alive. For on the Saturday morning railway platelayer Jacob Saul, walking to work along the track towards Belton, discovered her body on the line. just as he was about to remove the corpse he heard a child cry, instead of investigating Jacob Saul ran to the station to report what he had found. Partly thanks to Jacob’s prompt reporting of the incident, but mainly due to the prompt skills of Burgh Castle midwife Mrs Elizabeth Becket the distressed baby was promptly brought into the world and lived to tell the tale, but it must have been touch and go, as they say for poor little Reginald.

For Railwaymen reckoned at the inquest that poor Rose was struck by the 03:25 mail/goods train from Beccles to Great Yarmouth but it was not until 07:00 that the midwife reached the spot where the mother and child lay. And Dr John Bately of  Gorleston gave evidence that the mother’s legs were mangled and crushed below the knees and her head was “much injured” she would have been knocked insensible by the blow on the head and died in about half an  hour he reckoned. There was a deathly hush in the inquest room as Dr Bately declared: “I would imagine the child was born while she was in insensible state – during the process of death. it was full – timed and full – grown and full – sized. how the baby survived will forever remain a mystery because apart from the blow that fatally injured his mother, Mrs Beckett found him under the corpse. not only that, but “it was enveloped in her underclothing,” she reported. the baby was still attached to his mother  – which, to a medical layman like myself, might have helped him to survive although he breathed puzzled me, and probably puzzled those involved over 100 years ago.

John William Platford with his wife Christina in the background

So what became of the infant who managed to survive such a traumatic birth? well within hours of the midwife finding him and ensuring that he was fit and well considering everything, he was at home with a Mr & Mrs Platford and was raised as their own child.

Indeed, when Reginald Burrage died in Middlesex at the age of 88, one of the Platfords, grandchildren a Mrs violet Palfreyman told the reporter from her home in Essex. My grandmother must have rushed to the spot while the midwife was still there and took the baby from her and took him home, they also had five children of their own but raised Uncle Reginald as one of their own although he was no relation. When you hear today of adoptions and children being put into care and all paid for, it is wonderful how in those old days this baby was taken in and brought up as one of the family. “There was no adoption but my grandmother must have had some(financial) help from someone because my grandfather was only a farm worker on the plough.” Within days of the news breaking a William Porter wrote from Burgh Castle to the paper suggesting that donations and subscriptions to be given to a fund to help the Platford family and its new addition. He argued that although Mrs Platford so loved the baby and she and her husband expected no reward on earth but only in heaven, “it is right that it should be so?” These were hard working people, the man a farm labourer and the woman having to give time to the baby’s care. He was sure Christians would like to give to help.

The local paper opened its columns to subscriptions.

By the way, the question of responsibility or financial help from the baby’s father never seems to have arisen. And his identity also stayed unrevealed. At the inquest it was reported that Rose was engaged to Jethro Tull, a Geldeston railway porter,  who had not seen her for six months, and an ostler at Belton Kings Head Henry Bottoms “walked out” with her occasionally but no report mentioned if either or neither was the father.

We might be unaware of the fathers identity, but we do know that Reginald flourished with the Platfords, he went to sea on a trawler when he was 11, worked in  a draper’s and then became a London bus conductor – meeting on the No: 17 Acton – London Bridge run the woman he was to marry, Violet a barmaid. They got married in 1915, the year he joined the Royal Navy, later he was in the Battle of Jutland.

Back in civvy street he was a window cleaner and chimney sweep. After retiring he did a part – time job at the PX store at a US base, then sold hotdogs at a cinema. Violet  Palfreyman soon after his death in 1977 said of Reginald Burrage her uncle he was a man who not care less in life and was always happy – go – lucky. If ever the saying ‘a cat with nine lives’ applied to anybody , it was him. He came into the world with nothing and left with nothing.

by Kim Saul on 1st March 2015 in Local interest

download here
Previous Entry: A history of Belton Church
Next Entry: Scheme that founded in the cut