You are here: Home / Scheme that founded in the cut

Scheme that founded in the cut

A bygone scene at Haddiscoe in the 1930’s. The arrangement to cross the river in those days could not possibly have coped with the traffic on the busy A143. 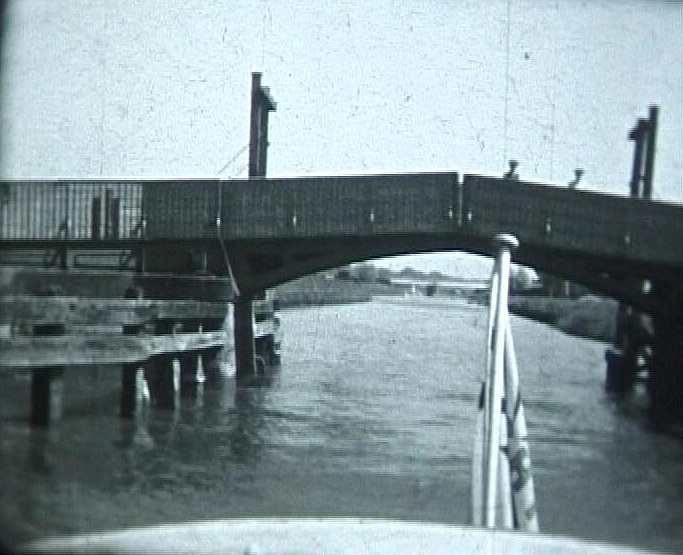 Haddiscoe bridge in the 1930’s

The waterways of Broadland meander through the flat landscape, in many places they scarcely have any sense of direction as they follow their course. All except one, that is, which is straight as an arrow shaft along its entire length, because it is man – made  when Mr & Mrs Peggotty flew back from Spain to Norwich Airport  on a clear crisp autumn morning . Norfolk passed beneath them on their approach without a cloud to obscure their view. But apart from the City itself it was difficult to recognise any where else – except for the Cantley sugar factory with its smoking chimney and the die – straight Haddiscoe New Cut. This canal, Two – and – a – half miles long linking the parishes of Haddiscoe and Reedham, is the major surviving reminder of an expensive and well – intended project in the 19th century to turn Norwich into an inland port 20 and more miles from the North Sea. 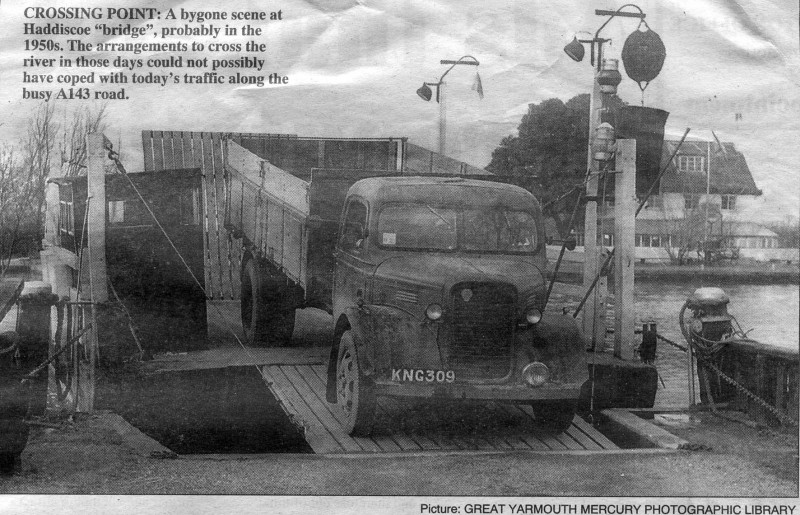 However, one wonders how long it will survive, because the Environment Agency listed the cut’s closure as an extreme option in its plan for a bank strengthening and erosion scheme for Broadland. Of course inland ports are nothing new – the great city of Manchester was similarly opened up to shipping by the Manchester ship canal connecting the river Mersey to Manchester, although that civil engineering feat was considerably bigger and more expensive than gouging out a comparatively narrow, shallow cut in Norfolk. But alas despite the expertise, hard graft and expense of digging the Haddiscoe New Cut long before mechanised and heavy excavation and earth – moving plant were introduced, it was all short – lived and certainly did not justify the toil or outlay. Instead of enduring for well into the foreseeable future, it fulfilled its laudable function for only 16 years. If calculation are correct, the use of the New Cut by seagoing ships carrying cargoes bound to and from Norwich came to a halt in 1848.

Great Yarmouth was the obvious port of entry and exit for cargoes to and from Norwich and the simplest idea would have been to have created access up – river between the City and Yarmouth for sea – going vessels – but there was one big snag. Continuing intransigence by a group of prosperous business men in Yarmouth had caused influential manufactures and traders in Norwich to ponder on a way circumventing the problems being caused. For the situation was that sea – borne goods to and from Norwich all had to be trans – shipped in Yarmouth, a lucrative source of income for those handling cargoes, and there were fears that profits would slump if Norwich was accessible without the borough being a middle – man. To try to get around the difficulties, a plan was devised to embark on the Haddiscoe New Cut and ancillary works to link Lowestoft – the harbour of entry and exit – with a new port of Norwich so sea – borne cargoes could sail directly into and from the city without the need for them to be offloaded and trans – shipped at the coast. It opened up trade directly between Norwich and Europe and heralded a future of expanding prosperity for the city. The scheme was bitterly opposed by Yarmouth anxious to protect its financial interests, and the corporation spent £8000 – a goodly sum in those days in supporting its objections. Even so, Parliament decided to allow excavation of the canal. 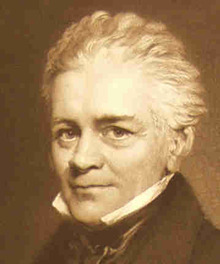 William Cubit, son of a Norfolk corn miller and a promising engineer, was in charge of the project. Two decades later he was Knighted by Queen Victoria for his work on the Crystal Palace at the Great Exhibition in Hyde Park London. But within a dozen years it was clear that the ambitious scheme was not fulfilling its promise. The land in Norwich bought with the busy new port in mind became the marshalling yard linked to Norwich Thorpe Railway station as the railways expanded across the British Isles, and rail contractors had bought the New Cut alongside which part of the Lowestoft – Reedham line to Norwich was built.

The bold plan was finally scuppered by parliament agreeing to deepening of the River Yare and to a channel being dredged across Breydon Water to make Norwich accessible from the North Sea through Great Yarmouth. Norwich never achieved the importance as a port that was envisaged at one time, but its shipping interests, albeit negligible did continue until, the building of the bridge neat Thorpe as part of the Southern Bypass limited the height of vessels that could sail beneath it. Although the New Cut became surplus to requirements over a century and a half ago, the growth of the leisure industry on the Broads waterways put some traffic on it, and in summer a succession of hire cruisers sail gently along it between Reedham and St. Olaves passing under the New Haddiscoe bridge.