You are here: Home / Renovation of St. Johns farmhouse 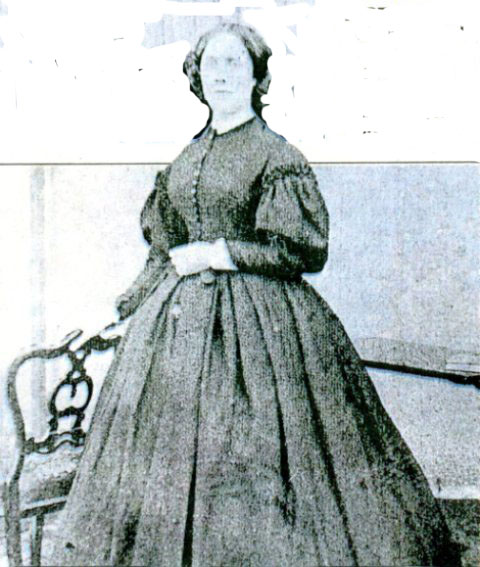 There is no farm to tend to these days but, some traditions still carry favour, an the farmhouse has recently ben re-thatched using local reed. It is the first tome in 150 years that the thatched roof has been replaced, making the work of Wymondham based thatcher’s M & B Thompson even more interesting to passers by, and particularly exiting for Ms McManus, who was raised at St. John’s and returned 20- odd years ago to look after her mother. To see it taking shape in front of you is fantastic, said Ms McManus.
The reed came from Southwold and it is nice to keep it local like that. Its been need of re-thatching for a long time. The roof had started to leak in some places – I had buckets in the bedrooms at one point. While the roof was  re-thatched Ms McManus has taken time to restart her research into St. Johns History (Hopefully Ms McManus will allow us to share this on our site). She believes that the grade II listed farmhouse is at least 360 years old and has hand written deeds who lived under the thatched roof as far back 1690. The occupants at that time when the Battle of the Boyne was fought  in Ireland and Louis XIV was ruling France were tenants John and Mary Howlett. 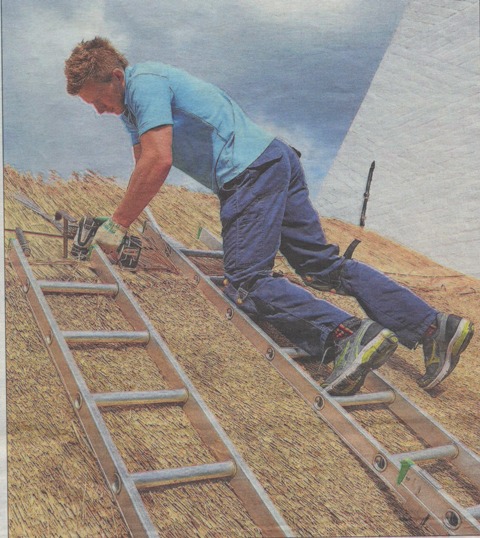 Thatcher Ben Thompson who started work on the roof in April, 2015 has put the finishing touches to the roof by the end of May, said stripping back the old reed revealed fleeking – a bed of woven reed which keeps the longer reeds in place – this was probably first laid in the 1600’s. And explaining why Southwold reed was right for this job, he said the pitch of each roof played a role in what kind of reed was best, but using locally grown material was important too. 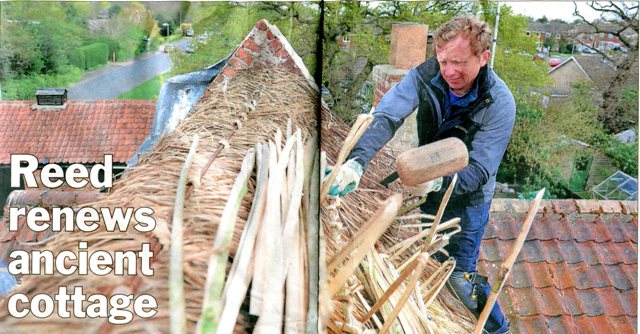 Mr Thompson was previously involved in the thatching of Waxham barn – a 16th Century barn on the east coast which was restored by Norfolk County Council in the early 1990’s. Thatched work is always individual – when I see a thatch I’ll know most just by looking, who did it, said Mr Thompson. It really is an art added Ms McManus .

Its been lovely watching them work and knowing that its going to keep this old farmhouse safe for people who come after me.

Thank you to Ms McManus for allowing us to tell her story of the re-thatching of St. Johns farmhouse.