You are here: Home / Memories of Waveney School 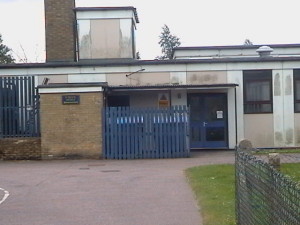 A passage in time by Richard Lindsay.

Now that Waveney school has closed, and looks like something that time has forgot I think it is about time I put pen to paper.

I first attended back in 1971 at a tender age of 6, and was placed in Miss Oliver’s class, every day started with assembly, with the youngest at the front and the oldest at the back of the main hall, all neatly sat cross legged with school issued Hymn book in hand. Then entered the Head master, who was Mr Stone and nobody spoke, he looked like a regimental sergeant major, but in a suit, he would then proceed to tell us of the forthcoming events etc. We would then sing a hymn and finish with the Lords Prayer, before finally being dismissed and classes filling out back to their own areas.

At 10:00 it was play time and we were given a small bottle of milk with a straw and ushered outside to play in the school grounds.

At dinner time we were all allocated a table within our own year areas and two or the older children were assigned as servers, the meals turned up from the school kitchens on trolleys in metal tins for serving, the most prominent food I remember was chocolate concrete (that’ s what we called it) the custard, you could have built a house with! but we could go for second’s if we wanted, but this meant knocking on the kitchen door and asking.

during the Summer as infants we were given swimming lessons in the school pool which was blue, metal framed and unheated! the dreaded washing up bowl of ice cold foot disinfectant and getting changed in a wooden garden shed. Once you had a few strokes under your belt and proven that you could swim a width of about 6ft ( 2Mtrs) and awarded the prized purple badge you could then progress to the Wild Duck Holiday Park, which we walked to in pairs again escorted by the teachers. An outside pool, but a lot bigger, in the setting of Belton Common we used to get changed in the  site Clubhouse. By the 1970’s they had build the Phoenix indoor swimming pool in Mallard way Bradwell, this was heated, so we said goodbye to the Wild Duck and enjoyed the luxury of a heated pool.

As for other physical education we either used the main hall, with shorts and t-shirts, and the girls with Navy Blue gym knickers with their t-shirts tucked in, if you forgot your plimsolls’ you did it in bare feet again pretending to be trees again! during the summer we used Bell Lane playing field which is next door to the School, this is were Belton Fc used to play on a Saturday afternoon and the goal posts were permanently  fitted.

The school expanded as the village population grew, when the first portable classrooms arrived it was very exiting for us as those big lorries turned up in the playground, which as we know now “porta-cabins” on the back these were to be our new classrooms, the only problem was that they did not have any heating, so we had to wear our coats in the Winter months.

School entertainment was next on the list apart from moving to music with Mrs Frost in the hall and pretending to be a tree again! once a year the entire school put on a musical, I took part in all of them. I played an orphan in Oliver, an Egyptian in Joseph and his multi-coloured dream coat, and finally a starring role of a policeman in The Pied Piper of Hamlin, singing the laughing policeman with my constables Ray and Tony Hudson, also Mr Kitchener was dressed as the White Rabbit being chased by myself around the audience. I do remember that those events were filmed on a cine camera (wonder where they are now) if you can remember this  please contact us at the Belton and district Historical Society.

An alternative entertainment was when it was raining outside was trying to get back into school at dinnertime and dodge Mr Doddington, the care taker armed with a blue bucket on wheels and a mop, if you were caught he used to shout at you and kicked you back outside until the bell was sounded for the afternoon classes.

As we progressed through the School we were given a village pensioner to visit, it started with the annual harvest festival and the donations were divided between the pensioners of the village, Glyn Barber and I were asked to visit a lady called Mrs Bailey of Sandy Lane, I can’t remember if I visited her on a weekly or monthly basis, but any way she was always pleased to see us with a glass of squash and a biscuit, we used to stay about an hour with her telling us about her young life in the village, especially the war years (her name would re appear many years later in my research into the Bell of the East crash, but that’s another story) and we left with a pocket of sweets!

As the years went on examination started to rear their ugly heads our final exam determined you either went to Lothingland middle school or the Oriel grammar. I left Waveney school in 1976 for Lothingland and looking back to my time at Waveney school I can say with my hand on my heart I loved it!!

Finally the Staff that I remember were:.

and last but not least Mr Doddington – the caretaker

by Kim Saul on 21st April 2014 in Local interest, Memories