Late – in – life dancer got in the swim. 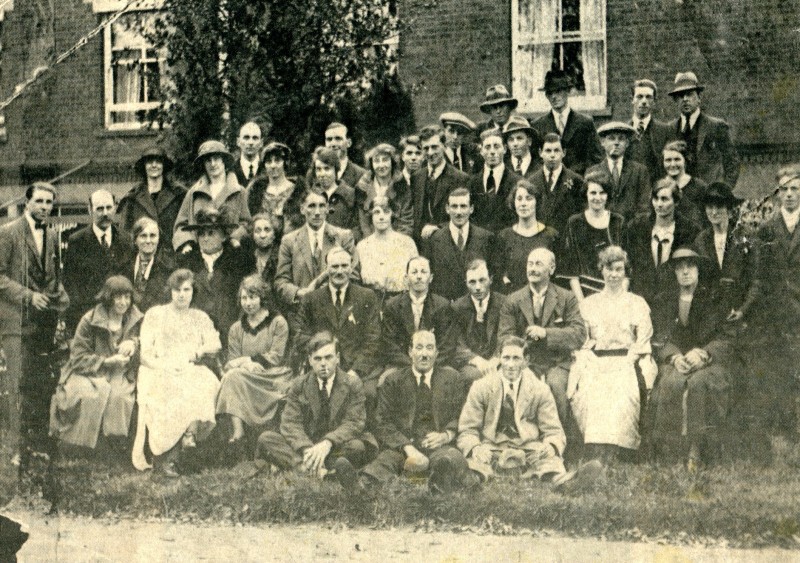 Back in the 1920’s dancing was one of the favourite pastimes and the Belton Dance Club used to meet once a week to practice their ballroom steps. The large hall behind the Kings Head at Belton was where they used to meet. This photograph was taken outside the hall in 1923.

Mr Burrage’s parents were members of the club and they can be seen in the middle row, the second and third from the left. Mr Burrage senior was a butcher in Belton at the time, with a shop on St. Johns Road. his son said that most of the people in the photograph were villagers. But considering the age of the photograph Mr Burrage had a very good memory for the names of people in it.  including Nr F Searby, a Gorleston football player (fourth from the right in the main back row) As can be seen there until they was a real mixture of ages in the club. Mr & Mrs Burrage did not join the club until they reached their 50’s. Mr Burrage then went on to a new hobby – swimming – and joined  Gorleston swimming club at the age of 65.  Because the rows are somewhat confused it is difficult to put names to the faces.

Most of the younger club members gathered to socialise as well as to dance, as with all the smart young men it looks as the women (who were clearly in the minority)would have plenty of partners to escort them around the floor.